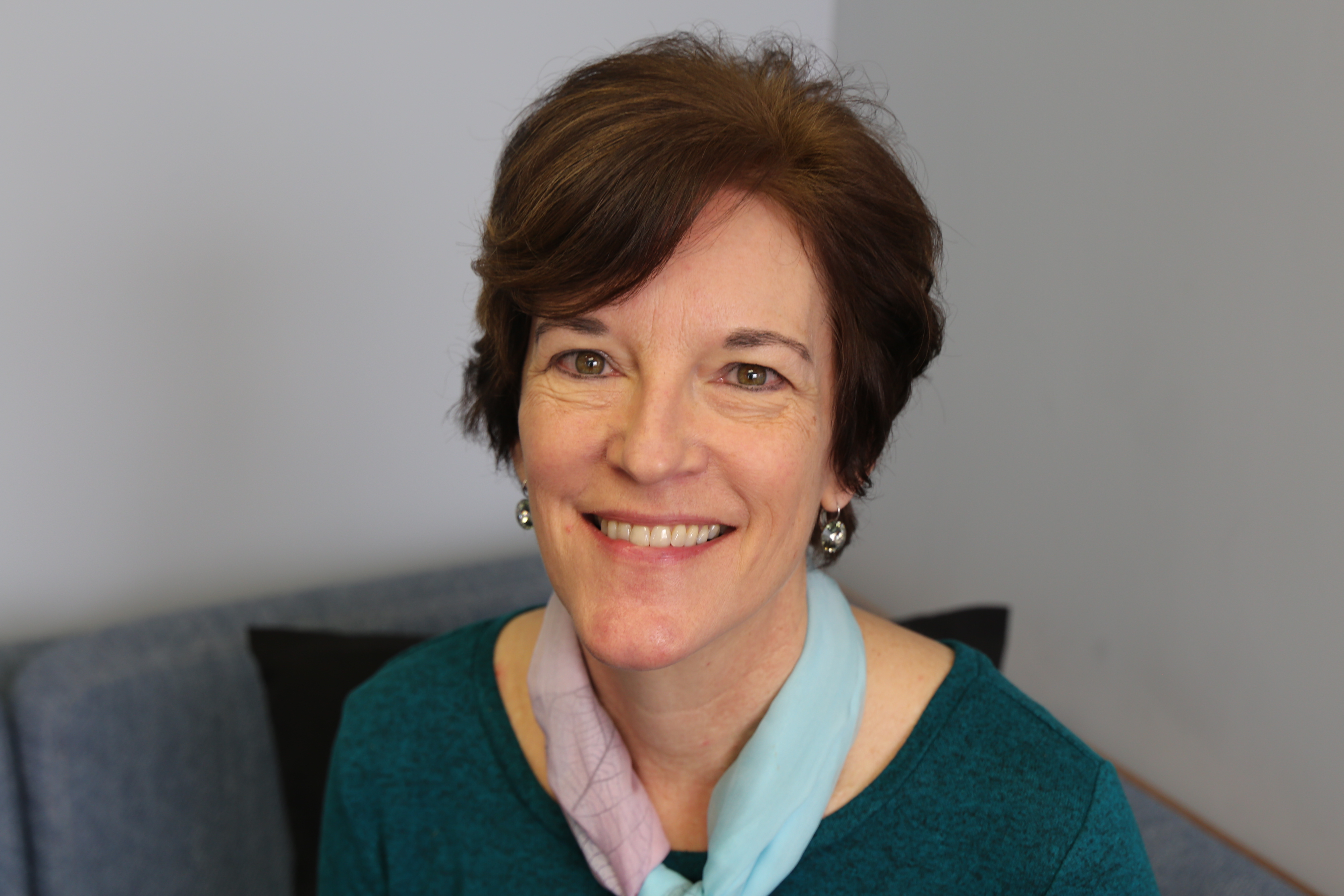 Wide Horizons for Children (WHFC) is an adoption agency founded in 1974 by Americans who were concerned about the Vietnam War and orphans during the war. When Saigon was controlled by Communists, they rescued children from orphanages in Vietnam from bombings. The U.S. Congress helped with that. That’s how WHFC started helping with adoption.

I come to work at WHFC 29 years ago. I came in my late twenties to work on our Latin-American programs because I'm bilingual in Spanish. I was interested in that job, not so much for the adoption aspect of it, but because I had a background in human rights. I feel like it’s a child's right to have a family and to not grow up in an institution. They are too little to speak for themselves. They are too little to make their own decisions. So adults in the world have to be responsible and speak for them and exercise their right to grow up in a family, to be educated, to get medical care for their special needs that they deserve.

In the 1990s, we received English faxes saying that “Please help us.”

I don't know exactly how to describe the political system in China, but I know that there were government monitors all the way down, even to the village, even to every neighborhood who monitor the population. So that families could not keep more than one child or if they did, they have to pay the penalty. So they forced those families to give up their children, even if they wanted to keep them.

It was even before email became popular, we received faxes in English from orphanages in China said that “Please help us. We want to place our children in adoption. I want to find them families. But we don’t have any money even to feed them. We have 90% mortality rate.” It was so shocking to us that the crisis was so large at that time in China. They literally couldn’t keep children alive in the orphanage long enough to even place them in the adoption. That really moved us into action. It was really difficult to travel in China at that time. It’s even difficult to buy train tickets. I think the first children arrived in 1991. Six to eight children came home. They were all girls and we still keep in touch with them today. Recently, they send us updates on their lives. Some have graduated from college. That’s the heartwarming part for us.

America has the technology and medical specialists that can help a child lead a successful life that they may not be able to live in China.

Most of the children left in orphanages in China available for international adoption have special medical needs or are older. It’s already been determined by the Chinese authorities that those children don’t have the possibility of being adopted within China. With the technology here and medical system and hospitals, especially here in this Boston area, we have top heart surgeons and orthopedic specialist that can really help a family and a child to lead a successful life that they may not have an opportunity in China. In general, when Americans come to adoption, they really have open hearts. This might because of the immigration culture.

It’s quite expensive to adopt domestically and internationally because of the legal system; there is so much social work, time, lawyer time potentially, dealing with a lot of bureaucracy that costs a lot of time and money. There’s a federal tax credit available in the U.S. that families can recoup some of the funds they pay for the adoption after the fact from their taxes. The Congress has now approved that as permanent tax credit so that’s been great benefits to families as well.

Most disruptions in my experience are the ones coming into the family very young and then was diagnosed with something later. If that child had been born into that family, you can't just like give your child back if your child develops some kind of special situation. But with adoption, they felt like they could, or they felt like somehow they deserve to have to parent this child. Now the kids are usually over two when they are adopted. So most of those diseases can be diagnosed before adoption. Thus, a family who can accept those things will be identified.

When the child comes home，social workers will monitor and make sure that child is doing okay in the family. If the parents are struggling, they can also get help for the problem. Parents can't just lose their patience and beat the child or leave the child outside.

It can be a painful process sometimes for young adults coming to determine their own identities. I think one of the things that happen is that children coming home young from another country into a white American family are very warmly accepted in that families and communities. They don’t experience racism in their early life. It’s sometimes later, we see young adults growing up in high school, they go off the college, and that’s when things get harder sometimes since they are in a community outside of their own. They are meeting their friends and other students who may look like them but have entirely different life experience than they did. That can be sometimes challenging. We also have post-adoption services for families and children throughout their lives. So it’s another wonderful thing when we see kids come back to us as they are growing up, asking us about all kinds of things. Some children who are older are looking for going back to China. Sometimes they just want to know their information on file. And sometimes they struggle with identity issues in their life. Sometimes it is hard for them to talk about it with their parents. So we help facilitate those discussions as well.

In the past, there were groups of adults adopted people from South Korea, who were in their 30s and 40s. They felt like their rights to grow up in their birth country was stolen from them. Somebody had decided they needed a family in another country, so they end up grew up here. But they had a severe identity crisis, they didn't feel American, they had such horrible grief over not having grown up with their birth culture. At least they would speak Korean, at least they would know their country, at least maybe they could go find their parents. Even sometimes it's just unrealistic expectations or like a fantasy, they still feel that in their heart.

All children arriving from most countries, including China now automatically receive US citizenship when they enter the United States. So that's a new law since 2000, called the Child Citizenship Act of 2000. But before that law, there were lots of adopted children who grew up in America families since they were babies. They were eligible for citizenship, but you had to apply for that, and it took a really long time. Many parents just didn't understand the importance or didn't do it for whatever reason, and forgot about it. Those adoptees should be US citizens but because the law didn't grant them automatic citizenship back then, they don't have any proof. And now we have such bad anti-immigration policies that they're penalizing people like that. If they commit a crime, for example, if that adult Korean man robbed a store or assault someone, and was put in jail, when they look at his records, they will see that he was never obtained US citizenship. So they treat him as an illegal immigrant and deport him, even though he came here perfectly 40 years ago.

We were very pleased to see that last year in 2016, the Colombia government actually passed a law that gay and lesbian families can actually adopt. We’ve done a lot of work in Colombia over the years to help them understand that gay and lesbian are an amazing resource for children and more children can find families if they allow. So we do see that’s the only international country right now that we wide horizon works for who's open to and accept gay and lesbian applicants for adoption. We just have our first family’s home with children from Colombia. China isn’t there yet. We hope that can be more accepted worldwide.